Nathalie Djurberg & Hans Berg – Maybe This Is A Dream 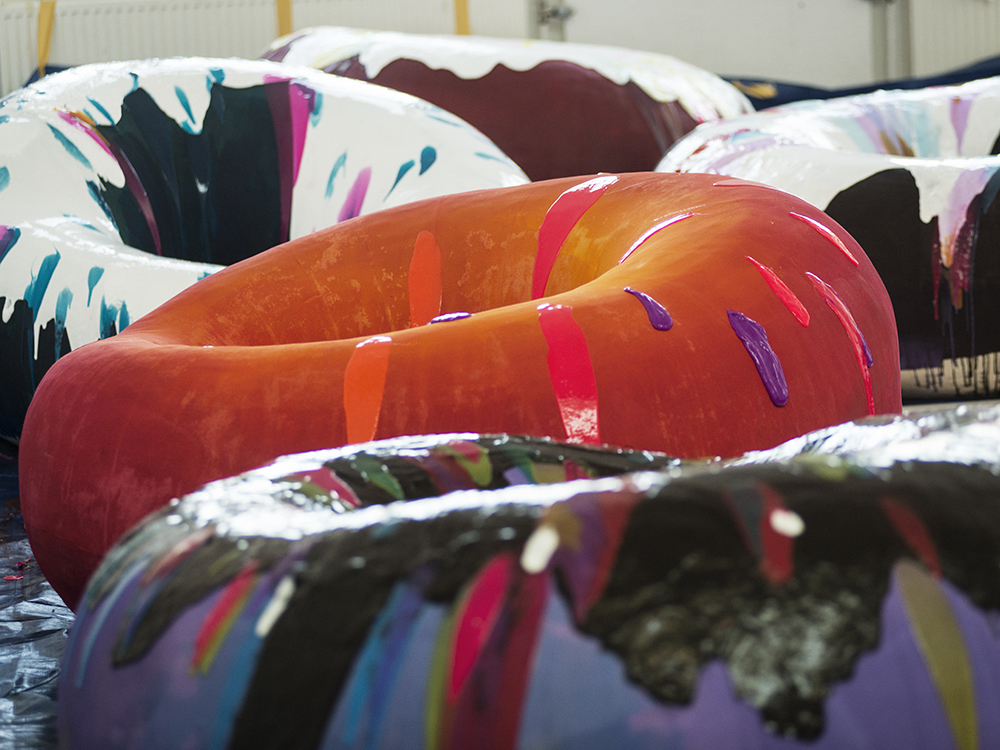 Nathalie Djurberg and Hans Berg, Maybe this is a dream, Photo: Petter Cohen

The artist duo of Nathalie Djurberg & Hans Berg (b.1978,Sweden) have achieved international prominence with their haunting animated films and they were awarded a Lion at the Venice Biennale of 2009. In their exhibition at the Kölnischer Kunstverein they will be showing a selection of cinematic works as well as large-format sculptures.

The films are created using stop-motion animation and, to date, they have made up the majority of the two artists’ work. They typically feature figures moulded in clay, which are formally reminiscent of the world of children’s films. With their content and storylines, however, the films conjure up sometimes bizarre dream and nightmare worlds. The elementary questions of human existence – revolving around love, power and violence – provide the themes of these film works.

In contrast, their most recent work – The Black Pot, which is at the centre of theCologneexhibition – gets along without any array of figures and displays almost abstract tendencies. The animated film is based on drawings, presents the continually repeating process of the emergence, change and disintegration of forms and thus plays on the various cycles of nature and the universe.

As in the duo’s previous animated films, the moving images are accompanied by electronic music composed specifically for them by Hans Berg.

In the Kölnischer Kunstverein the film works will be complemented by large doughnut and ice-cream sculptures, which will take over and transform the main hall.

The exhibition has enjoyed the generous support of the Düsseldorf collector Julia Stoschek, who has already been devoting attention to the two artists for several years.