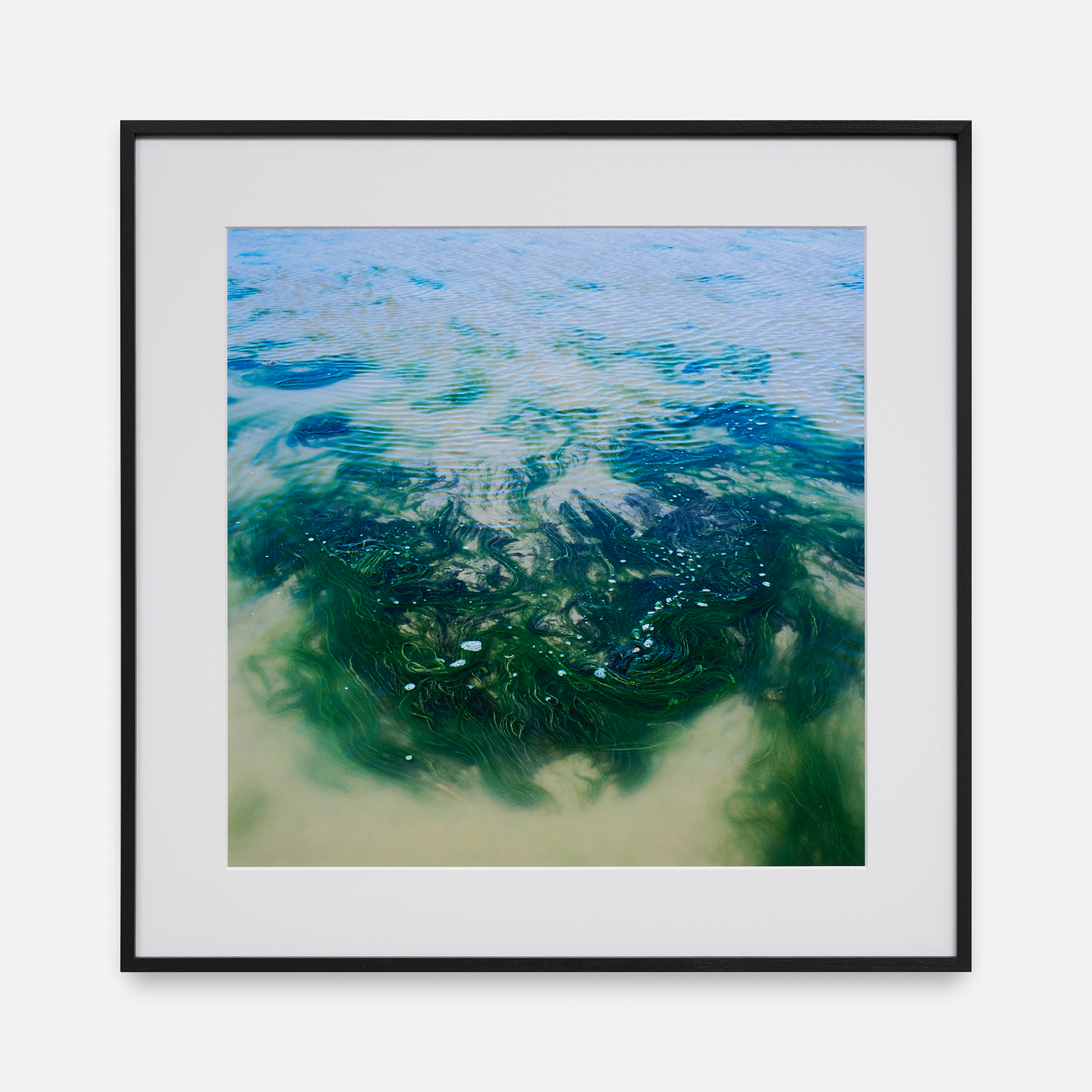 Jeff Wall’s early works dealt with conceptual art through photography. In 1969/70 he produced a small brochure, the Landscape Manual, with black and white photographs of Vancouver taken from the window of a car. In 1976 he began with color photography and soon mounted large color slides in light boxes, before he turned to digital montage techniques in 1991 and a little later to the production of large black and white photographs. His works, which he describes as “cinematographic photographs,” often refer to film stills, history pictures, or studies of social milieus, based on personal events or situations.

The annual edition donated to the Kunstverein shows a photograph taken at the coast in the summer of 2020: the fading sea of a white sandy beach, from the bottom of which algae sway to the rhythm of the water and small air bubbles on the surface are created from regular, shallow waves. Low Tide reads like a commentary on the times in which we find ourselves; waves come and go without knowing what they bring, flooding, repeating, but always anew. The landscape scene has a calming effect, it reminds us of the natural and unaffected course of things.

Jeff Wall (*1946 in Vancouver, Canada, lives ibid.) studied art history at the University of British Colombia in Vancouver and completed postgraduate studies at the Courtauld Institute of Art in London in 1973. Numerous international solo exhibitions and retrospectives have been dedicated to his works, most recently at Muzeul de Artă Recentă, Bucharest, Kunsthalle Mannheim, Mudam in Luxembourg (all 2018), Louisiana Museum, Humblebaek, Pérez Art Museum Miami (both 2015), Stedelijk Museum, Amsterdam, Kunsthaus Bregenz (both 2014), Tel Aviv Museum of Art and Pinakothek der Moderne, Munich (both 2013). The artist was represented four times at the Documenta in Kassel (2002. 1997, 1987, 1982) and is represented in important collections worldwide.