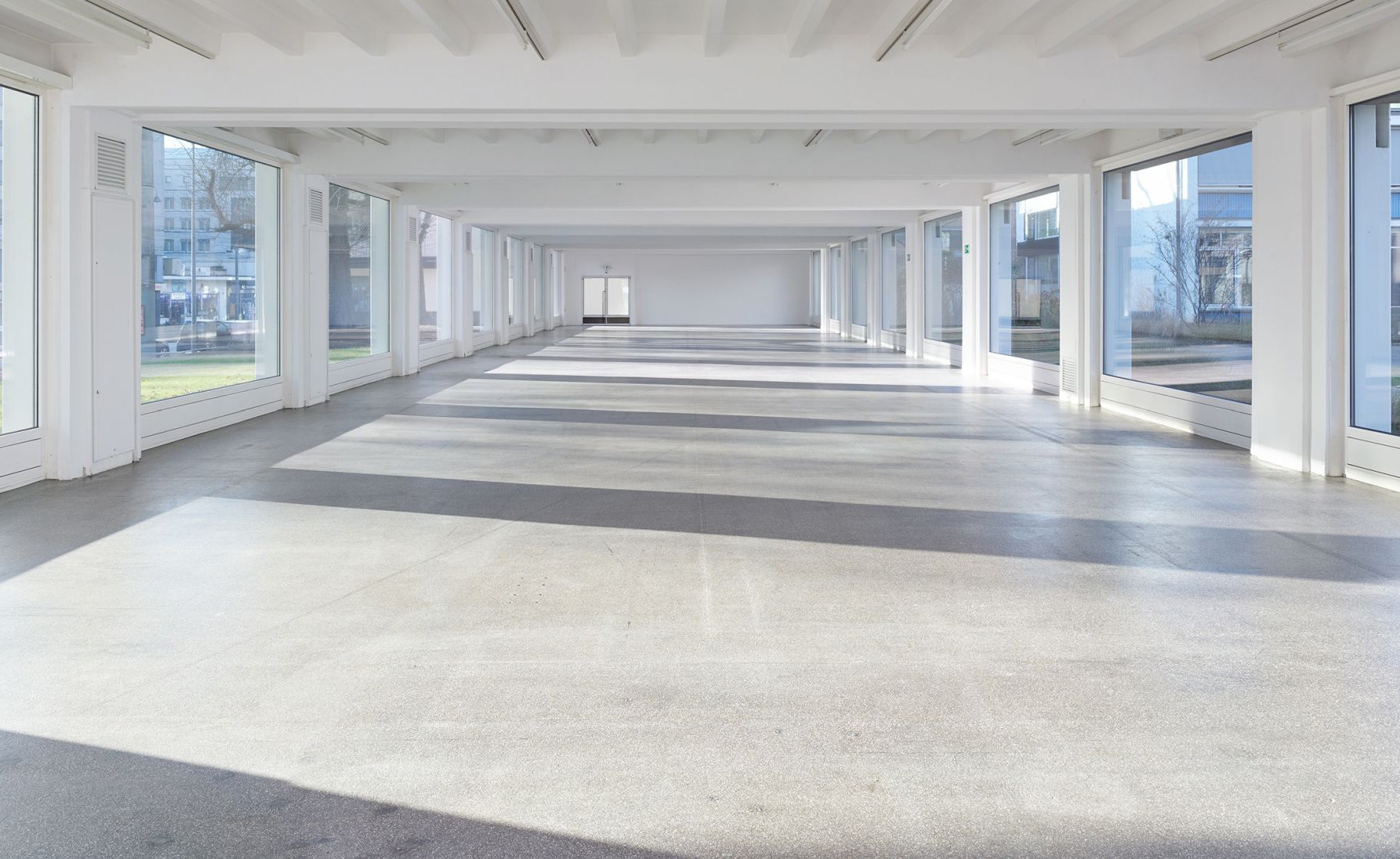 The foundation of the Kölnischer Kunstverein with annual exhibitions and consolation prints (Nietenblätter)
Among the founder members of Kölnischer Kunstverein on 2nd April 1839 were prominent citizens such as Eberhard von Groote as its first president, Johann Maria Farina, the inventor of Eau de Cologne, and City Councillor Joseph Mathias de Noël who also revived the Cologne Carnival at this time. For 5 talers one could buy a single share in Kölnischer Kunstverein and become a member. The permanent annual exhibitions in the medieval festival hall Gürzenich not only initiated the activity of Kölnischer Kunstverein in the field of art, they were also the first seeds of an art market, for the exhibitions were selling exhibitions.
Once a year exhibited works of art were raffled to the members of the Kölnischer Kunstverein in a tombola. The members who came off empty handed received a free print or Nietenblatt as a consolation prize, mostly in the form of a reproduction of one of the original exhibits. In the early years for example, they received Nietenblätter by painters such as Carl Spitzweg (1845), Raphael (1857/58), Ernst Bosch (1868, 1871, 1887) and Antoine Watteau (1905).
At the turn of the century, both the Wallraf-Richartz Museum and the Kölnischer Kunstverein came under one roof, and the business of the Kunstverein was managed by the director of the museum, Dr. Carl Aldenhoven. From 1913, the governors of Kölnischer Kunstverein appointed an artistic director for the first time, the Berlin art dealer Paul Cassirer, and in the years that followed he established the Kunstverein´s exhibition profile of the with exhibitions of the work of Berlin Secession artists such as Max Beckmann and Lovis Corinth and French Impressionists like Claude Monet and Henri de Toulouse-Lautrec, establishing their connection with early moderns through presentations of Théodore Géricault, Auguste Renoir, Gustave Courbet and Eduard Manet.

The 1910s and 1920s: Dada exhibition and the Cologne Secession
The 1919 Dada exhibition in which Group D around Max Ernst – Heinrich Hoerle, Franz Wilhelm Seiwert, Anton Räderscheidt and Hans Arp – participated caused a great sensation. Under the leadership of business manager Walter Klug, the progressive Cologne artists showed their own work alongside children´s drawings, the work of primitives, and technical apparatus. The second Cologne Secession exhibition in 1926 caused a further scandal when it showed Max Ernst´s painting The Virgin Chastises the Baby Jesus Before Three Witnesses: André Breton, Paul Eluard and Max Ernst. The Archbishop demanded that the famous picture, which is today in the Museum Ludwig in Cologne, should be removed from the exhibition. A year later August Sander presented People of the 20th Century, a photographic exhibition.

World War II
Kölnischer Kunstverein did not allow itself to be forced to toe the Nazi line after 1933, but neither did it go into opposition to the National Socialist regime. It continued its activities as before, even after it was in 1935, like other Kunstvereine in Germany, placed under the control of the Reichskammer (Reich Chamber for Art). In the Cologne Kunstverein’s exhibition programme artists continued to be listed, who were not persona grata with the regime, such as for example Emil Nolde (1935), August Macke (1933), and Friedrich Vordemberge (1939). When the principle of slipping such artists into an ostensibly Nazi ‘overview of art’ and making them appear entirely non-suspect proved successful, Kölnischer Kunstverein employed the same principle when organizing large exhibitions of its own, such as New German Art (1935), and The German West (1939, 1942).

1942-1972: From Informel to Happening and Fluxus
Toni Feldenkirchen and Josef Haubrich as Director and Chairman ran the programme of Kölnischer Kunstverein for over thirty years. After World War II Toni Feldenkirchen rehabilitated the Rhineland artists who had been banned from 1933. From the 1960s the focus expanded to embrace international artists, above all, the French informel avant-garde, with exhibitions of Georges Mathieu (1959, 1967), Pablo Picasso (1932, 1953, 1956, 1969), K.O. Götz (1957), Jean Paul Riopelle (1958), André Masson (1954), Osip Zadkine (1960). The turbulent and scandalous exhibition Happening and Fluxus with contributions and actions from Joseph Beuys, Günther Brus, Alan Kaprow, Charlotte Moorman, Otto Mühl, Herrmann Nitsch, Ben Vautier and Wolf Vostell was organized for the Kölnischer Kunstverein by Harald Szeemann at the invitation of Culture Secretary, Dr. Kurt Hackenberg. The events that at the time led to massive resignations are now part of art history.

1973-1989: New Exhibition Formats: from Video-Art to the Musée Sentimentale
Wulf Herzogenrath’s exhibitions were characterized by an intensive engagement with new formats for exhibitions and presentations. In 1976 he organized the video-art pioneer Nam June Paik’s first European solo exhibition, and one year later, as a member of Manfred Schneckenburger’s team, he was in charge of Video-Art at documementa 6 in Kassel, where Video-Art, along with open-air sculpture, came to symbolize this so-called media-documenta. Further solo presentations, concerts and film evenings with Marcel Odenbach (1979, 1999), John Cage (1978, 1983), Mauricio Kagel, (1975), Peter Campus (1979), Vito Acconci (1981), Michael Snow (1978), Charlotte Moorman (1976), and Gerry Schum (1980) followed. His exhibition series 10 in Cologne, 8 in Cologne, etc were designed to promoted the local discourse. Daniel Spoerri’s 1979 exhibition Le Musée sentimentale de Cologne, with which Herzogenrath revolutionized the format for exhibitions with historical references, remains unforgotten. It showed not only historically significant exhibits, but particularly everyday objects or personal memorabilia which were somehow related to the history of the city of Cologne. In this way, it was possible to recreate and actually experience history. As an exercise in reviving history, Herzogenrath also recreated the great Werkbund exhibition of 1914. In 1980, with a few colleagues, he founded the Arbeitsgemeinschaft Deutscher Kunstvereine (AdKV), the working group that forms the umbrella organization for all Germany’s Kunstvereine, of which Herzogenrath was Chairman for ten years. In 1989 the Jubilee exhibition took place under his leadership, and the catalogue for the hundred-and-fiftieth anniversary of Kölnischer Kunstverein was published.

1990-1994: From Christopher Wool to Martin Kippenberger
The salient achievement of Marianne Stockbrand’s period as Director of Kölnischer Kunstverein was to establish a definition of the installation as a format. She showed museum-worthy, historically valid examples in solo presentations by Ilya Kabakov (1992), Martin Kippenberger (1991), Georg Herold (1990), Robert Irwin (1994), Carl André (1994), Barbara Kruger (1990), Josef Albers (1992) and Christopher Wool (1991). Furthermore compendious exhibitions were frequently staged in cooperation with national and international exhibition houses.

1994-2001: Installation Art and the Golden Lion at Venice
During his directorship, Udo Kittelmann initiated the Central Art Award, a prize which has since been awarded to influential artists like Douglas Gordon (1998), Ernesto Neto (2000) and Rirkrit Tiravanija (1996). He also presented South American artists like Cildo Meireles (2000) and Fabian Marcaccio (2001). With Michel Majerus (2000) and Öyvind Fahlström (1996) he also foregrounded both the installation and the aesthetic experience during his period in office. In 2001 the German Pavilion at the Venice Biennial, which Udo Kittelmann was commissioned to oversee, was awarded the Golden Lion for its presentation of Gregor Schneider’s Totes Haus Ur (Dead House Ur).

2002-2006: The Migration Project and Turning the Gaze on Eastern Europe
With solo exhibitions by Roman Ondák (2004), Cezary Bodzianowski (2005), Julius Koller (2003) and Sanja Ivekovic (2006), Kathrin Rhomberg showed artistic positions which demonstrated the vitality of the art scene in Eastern Europe, and with exhibitions by Jutta Koether (2006) and Cosima von Bonin (2004) she highlighted links to them in the Cologne art scene. During her directorship from 2002 to 2006 Kathrin Rhomberg, together with Marion von Osten, took over the artistic direction of the Project Migration which had been initiated by the Kulturstiftung des Bundes (Federal Culture Foundation).

2006-2011: Kathrin Jentjens & Anja Nathan-Dorn
With exhibitions by Michael Krebber (2008), Seth Price (2008), Melanie Gilligan (2010), Nora Schultz (2009), Bela Kolárová & Lucie Stahl (2011), Kerstin Brätsch & Das Institut (2011), Stephen Prina (2011), Boris Sieverts (2007) and Omer Fast (2011), the two directors Kathrin Jentjens and Anja Nathan-Dorn have further developed specific themes and positions that have been evolved in Cologne in recent decades, such as institutional criticism or conceptual painting, in relation to today’s international positions. In group exhibitions such as Lecture Performance (2009), the exhibition Après Crépuscule (2009) curated by Oliver Tepel, or Forbidden Love: Art in the Wake of Television (2010), the interactions between the visual arts and music, video art, and television were examined in the tradition of the Kunstverein on the one hand, and the genre of the exhibition and various possibilities of curating were reflected on the other. Mark Leckey received the Turner Prize for his exhibition Resident (2008).

2012-2013: Exhibition as form
With the exhibitions Janice Kerbel, Hilary Lloyd, Silke Otto-Knapp (2012) and A wavy line is drawn across the middle of the original plans (2012), as well as solo presentations by Stefan Müller (2013), Thea Djordjadze (2013) and Bernd Krauß (2012), Søren Grammel’s programme focused ostentatiously on the conceptual character of the exhibition and its form. By creating parallel structures such as the project space OG2 as well as a theory forum (with the university), artists’ get-together, concerts and a free magazine, the range of events was diversified.