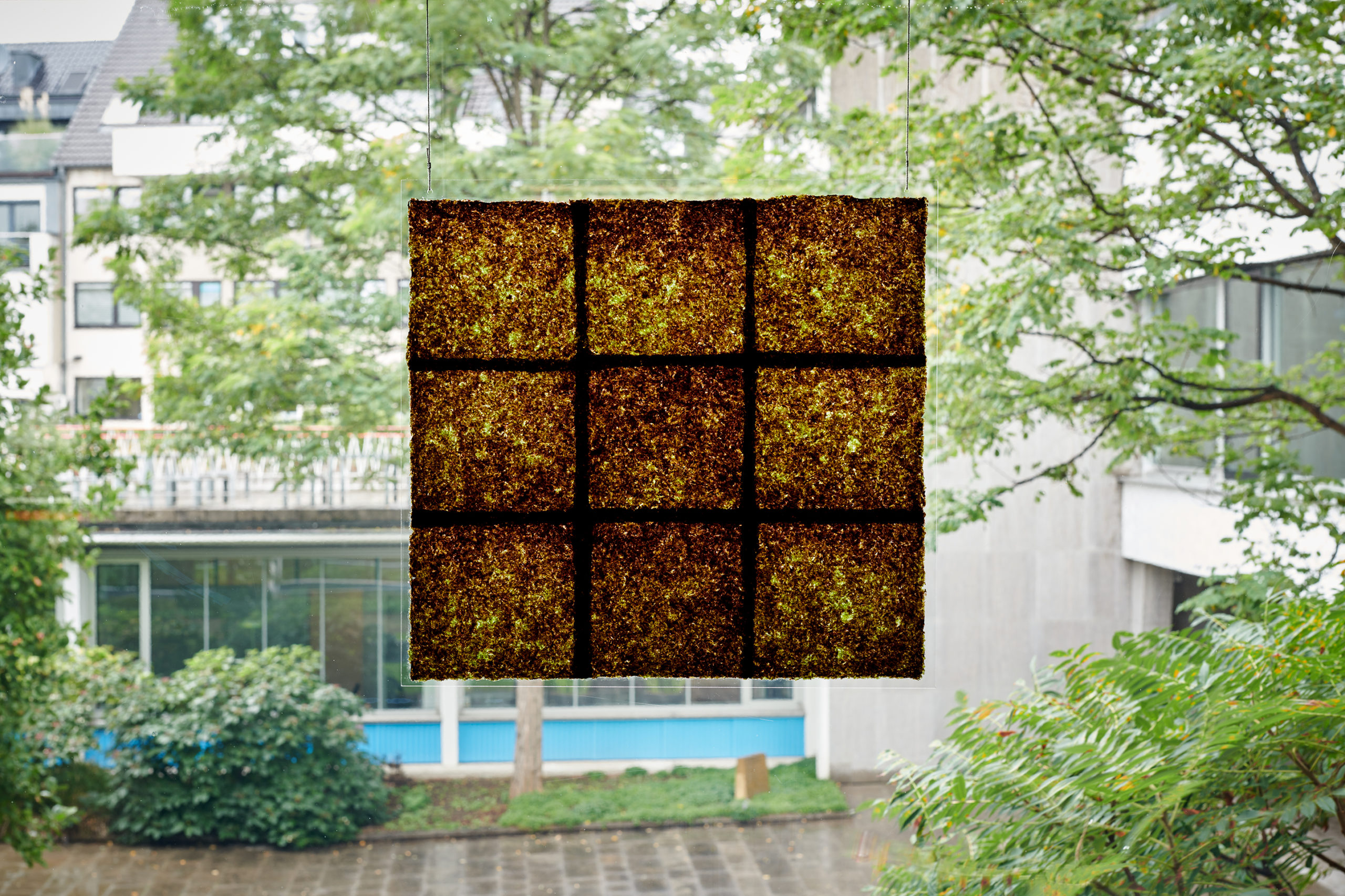 Dunja Herzog’s edition for the Kölnischer Kunstverein was created for her exhibition Meanwhile. It refers to the nine-part work series Sea Sheets (Logic of connectivity), 2020, which was created on site. The curtains made of nori algae, which are not only used in the production of sushi but are also considered the most promising resource of the future, covered the windows of the exhibition space facing the street. The individual sheets hold together simply by dipping them in water beforehand and let them shimmer greenishly into the room, as if seen from the sea floor. Metaphorically, the works made of algae refer to the feminist sociologist and anti-capitalist Maria Mies and her concept of the “underwater economy”: “The capitalist economy can be compared to an iceberg. Only the part that sticks out of the water is considered an economy. It consists of capital at the top and wage labor below. […] This part of the economy is visible and appears in the calculations of the gross national product. …] The lowest layer of the ‘underwater economy’ is nature, which economists refer to as a ‘free good’ and therefore can be exploited without any cost. (Maria Mies, “Patriarchate and Capital”, rotpunktverlag 1996).

Dunja Herzog (*1976 in Basel, lives ibid.) spent last year in Lagos, Nigeria, where she created some of the work presented at the Kölnischer Kunstverein. Her works were shown at the Kunstverein Göttingen; Swiss Art Awards, Basel (both 2018); Lagos Biennale, Lagos, Nigeria (2017); BLOK art space, Istanbul; 1646, Den Haag (all 2016); New Bretagne / Belle Air, Essen and at MAXXI Museum, Rome (both 2015), among others.