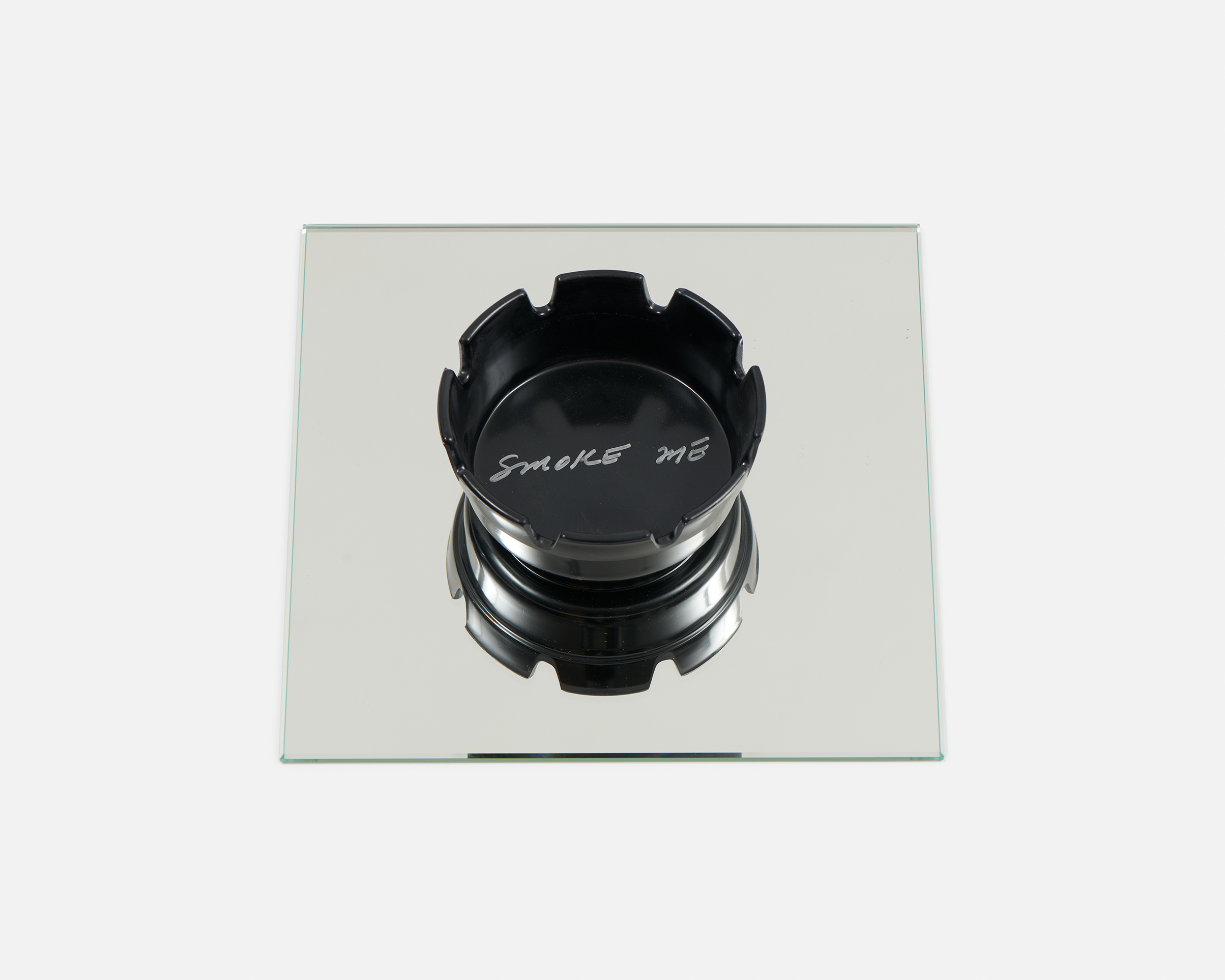 Tom Burr is an artist whose work—sculptures, installations, photographs, and collages—revisits the formal vocabulary of the avant-garde and neo-avant-garde, particularly minimalism and post-minimalism, and combines pop iconography, homosexual culture, underground aesthetics, and cinematographic, literary, and contemporary architecture and design. The conceptual investigation undertaken by the artist essentially questions the ways in which identity, especially sexual identity, is constructed or, on the contrary, restricted by society and its physical spaces. For this purpose, he uses strategies of appropriation art of the 1980s, as they allow past works to be looked at anew in order to reveal other meanings.

Smoke Me, a new work produced for the Kunstverein, refers to two early, significant installations by Tom Burr: Black Box, 1998 and Black Out Bar, 2003. The former consists of four cubes arranged in a large square with mirrors inside and elbow-high bars on which ashtrays are placed, so that visitors find themselves in a kind of theatrical bar setting when they enter. The stage-like quality becomes even more explicit in the later work, as the presence of the viewers as part of the environment created by Burr—consisting of a bar, Warhol’s black vinyl flowers, dirty glasses, ashtrays, and some overturned bar chairs—is needed to activate it.